The last couple of months I have been following the newsletter and activities of ICHARM i.e., the International Centre for Hazard Assessment and Risk Management. ICHARM, situated in Japan, is one of the Water Centers under the auspices of UNESCO which conduct research on water-related disasters, among others. Below is a picture from their 2021 Webinar: “Interaction with students and young researchers“, with me in the 4th column 2nd row. 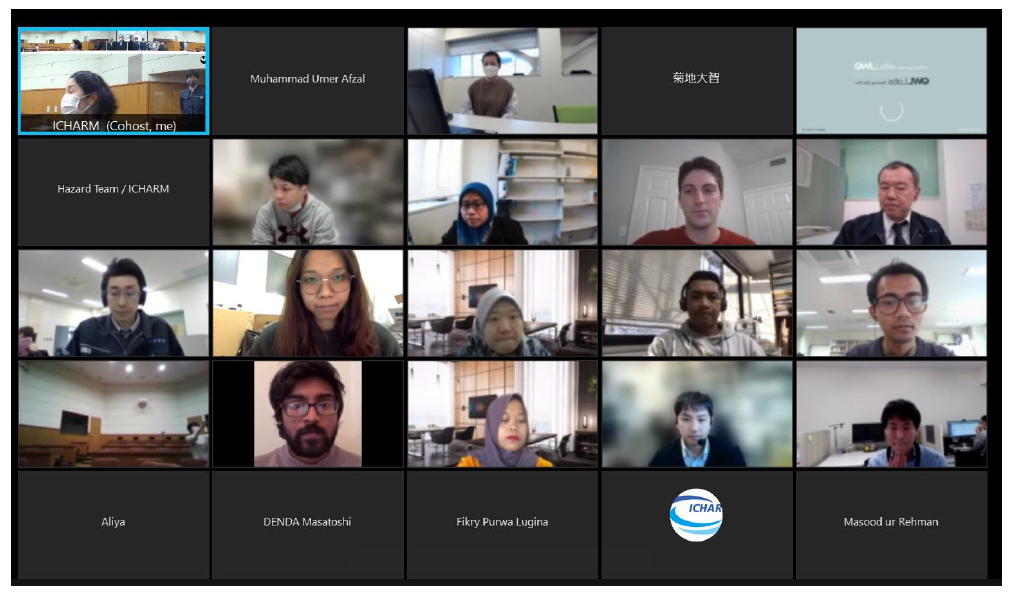 ICHARM researchers have developed the Rainfall-Runoff-Inundation (RRI) model, a 2D model capable of simulating rainfall-runoff and flood inundation processes simultaneously, which has been used in numerous flood risk assessment studies. After I went through the documentation and tutorials of the model, I realized that there was no easy way to visualize the output of the model with a modern programming language e.g., Python/R despite the flexibility these languages provide in terms of nice visualizations. The model will output flood inundation extent in the entire catchment for a specific time step or a series of time steps as well as river hydrograph at a desired river location, among several others. Hence, I have started putting together a set of R scripts (hosted on my GitHub page) which aim to aid preparation of model input data and visualization of model results. These scripts can help RRI users customize their model output to the extent wanted (since R and especially the “ggplot2” package allow for enhanced visualizations) and cast input data from various sources suitable for use with the RRI model. So far, I have written 3 such scripts for: a) visualizing the extent of flooding within the basin at a particular time step, b) visualizing the river hydrograph at a selected grid cell and c) making a .gif to visualize flood inundation extent over time (find examples in GitHub).

At some point, I’d like to utilize RRI for my own research in coastal flooding of low-lying areas and make use of the scripts as well!